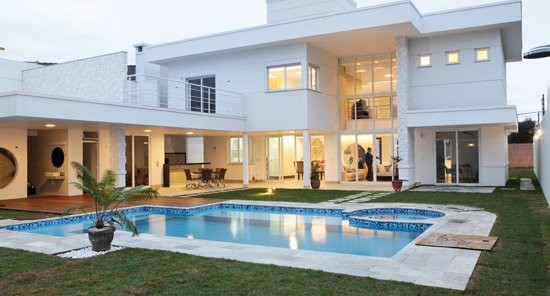 UPVC brings in the next revolution in the fenestration industry in Davanagere.

The Manchester of Karnataka, Davanagere is choosing its fate over the major political battle. UPVC windows from Weatherseal has already won the battle of being the best! In this battle of power may be it becomes a tough situation and a neck to neck battle! But when it comes to choosing the best UPVC in the city, only one name tops the list. Without any situation of so-called “Hung assembly” i.e. UPVC windows from Weatherseal.

Life thrives at its best only because of the continuous process of improvisation, evolution, adaptation and revolution. A man has always simulated these processes in his walking life and ultimate success has always kissed his fate! Looking for apt materials for building doors and windows has been a stale story since ages. Weatherseal Bangalore stepped into this industry with the freshness of UPVC, a revolution in the market of doors and windows!

UPVC is an acronym used for Un-plasticized Poly Vinyl Chloride. It is basically a rigid form of PVC, which is known for its most wanted feature of being “low maintenance”. uPVC Windows Davanagere from Weatherseal can prove to be the best friend you have been looking for since ages! A true blend of strength, safety, durability, acoustic insulation, thermal insulation, energy efficiency. Yet possessing the personality to make your heart skip a beat when you glance at their unique, classy, contemporary look!

The changing government may or not change the look and feel of the city rich in culinary traditions, Davanagere but this revolution in the fenestration industry, UPVC from Weatherseal will definitely change your ordinary looking home to a beautiful piece of architecture!

UPVC from Weatherseal Davanagere do not compromise in any aspect. Try and evaluate any facet of this product, you will be just awestruck with pixie glow, charm and strength. The icing on the cake would be the peaceful sleep your family will enjoy post installation of these products with specialized features of acoustic insulation. If you happen to reside on any high rise just by the high street and also that you enjoy the sparkling lights lighting up the city in the night but hate the honking and loud noises from the clubs, then UPVC products from Weatherseal Davanagere is “ the choice” for you. The perfectly crafted UPVC windows and doors from Weatherseal protect you from the heavy noise pollution from the surroundings but doesn’t protect you from attaining visual euphoria!

Like most of us, you must have always dreamt of witnessing a revolution. Your chance is right now! You can not only witness the revolution of the fenestration industry but also own it! Don’t let yourself wander around in the hunt of the best leader instead indulge into the fineness of UPVC products from uPVC Windows Davanagere.