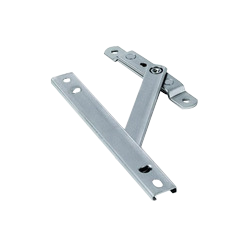 Advantages of uPVC material for window and door frames

UPVC is one of the most important materials. It is considered to be useful and very productive for framing windows and doors for almost all the homes around the world. The key reason behind people using such material is all about its outstanding ability. In addition, it also gives your window and door frames a long-lasting service life. Something that every homeowner considers viable.

The best way to innovate the interior of a place can be the installation of Weatherseal UPVC windows and doors. They not only render the technically sound qualities but also add the never like before, extra pleasing beauty and makes your interior designed next to perfection. They are a renowned uPVC windows manufacturer.

To choose UPVC is one of the wisest decisions you would ever take. For instance, if you really want to ensure the longevity of your wooden furniture. Though there are various other options available in the market, UPVC is the option gaining leads over others. It happens because of the reason that using such material accounts for less maintenance. This is the trait that makes it quite lucrative option for the homeowners. As homeowners want to have their windows and doors framed by high quality and long-lasting material such as UPVC.

Coming up in Bangalore at first, Weatherseal’s gradual spread over Karnataka then Andhra Pradesh and then Tamil Nadu has no undoubtedly proved the perfection in their work and service. Weatherseal is available at Bangalore, Davangere, Belgaum, Hubli, Shimoga, Hassan, Mysore, Bijapur, Mangalore, Udupi, Hyderabad, Visakhapatnam, Vijayawada, Tirupathi, Guntur, Aamaravathi, Nellore, Warangal and Nizamabad.

“Holding numerous qualities and because of their selfless service, Weatherseal has ranked second in the manufacturing of UPVC windows and doors”